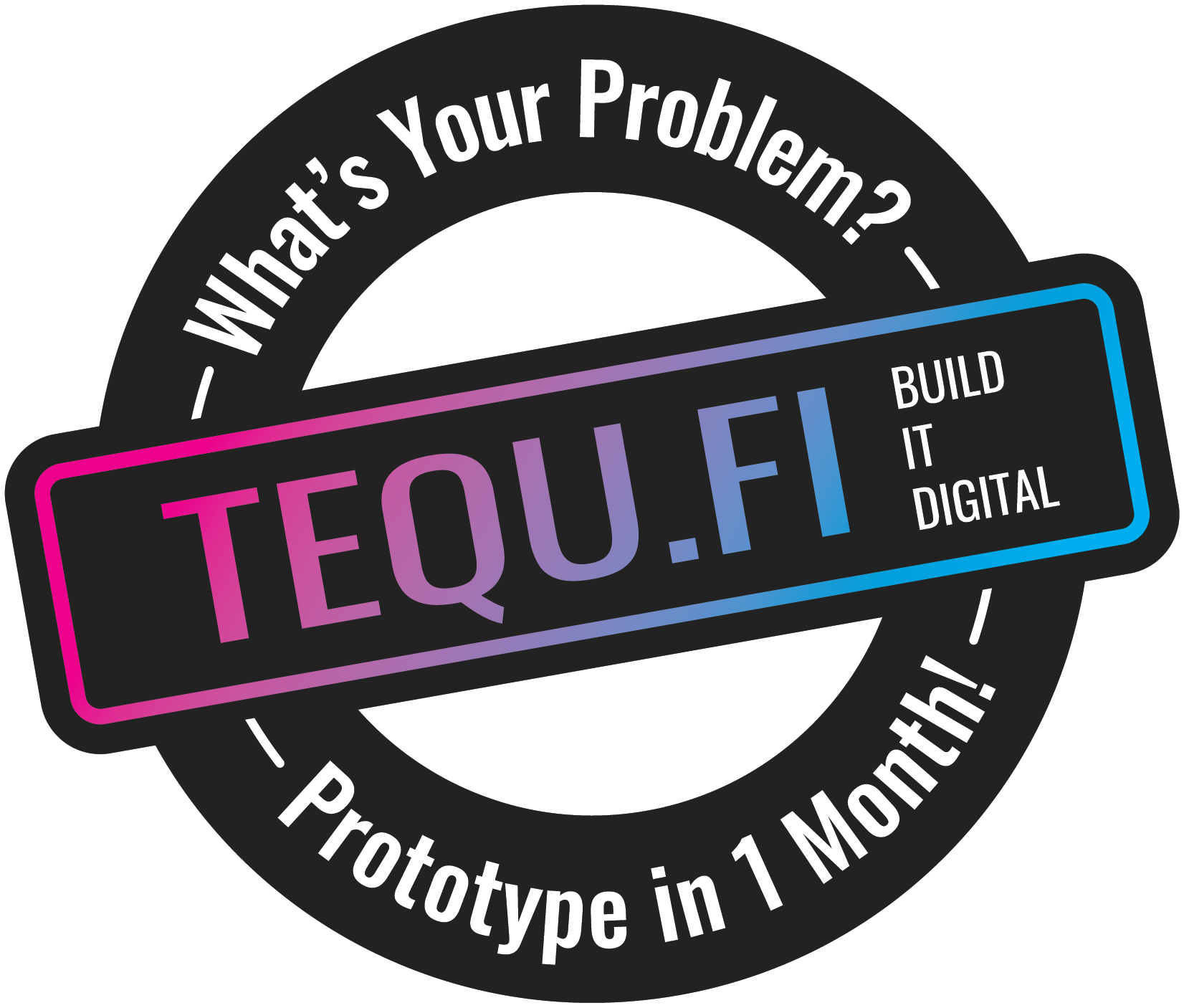 Poronappi – A device for reindeer warning

Creating a driver-friendly way to warn

The idea for the prototype came from Porokello. They were looking for a physical warning device to replace their current smart phone application, that is used for sending and receiving warnings of reindeer appearances on road. The application has a big impact in reducing both animal loses and vehicle repairs, but also emissions by cutting down the need for sudden braking. Using a physical button instead of a phone application would make it easier, faster and safer for drivers to deploy the device.

Poronappi connects to the internet with a cellular module and uses GNSS to track the position of it’s user. If the user spots a reindeer on the road, he can warn other drivers of the potential danger by pressing the button on the device. When another Porokello or Poronappi user enters a zone with an active warning, the user will be alerted by sound and light.

Because Poronappi would be used while driving and often during work, the usability of the product was essential. Two heavy transport drivers and three passenger car drivers were interviewed inside their vehicles, where they shared their thoughts about the size, positioning, usage and look of the device while demonstrating with some early prototypes. The information from user tests helped to determine the final design and interaction.

Driver cabins often contain several devices that require charging and extra wires. When interviewed, both professional and personal drivers found adding an USB-hub functionality to the button would improve the usability and increase the deployment rate of the product.

One of the things emphasized during usability tests with personal drivers was the necessity to use the device without taking eyes off the road. The button was designed elevated and with a differing texture to facilitate finding it by only touching.  The users also wished the button to give a clear response, in sound or feel to indicate that the warning has been delivered.

While testing inside cabins of professional drivers, the differences between dashboards were highlighted.  Drivers recognized the need for adjusting the position of the button. In the prototype this was solved with a hook-and-loop fastening, which allows the user to decide the location of the device and adjust it when needed.

Poronappi prototype is part of e-Sprint, a public development project aiming to boost local entrepreneurship. e-Sprint is managed by Lapland University of Applied Sciences and it has an ERDF funding granted by the Regional Council of Lapland. 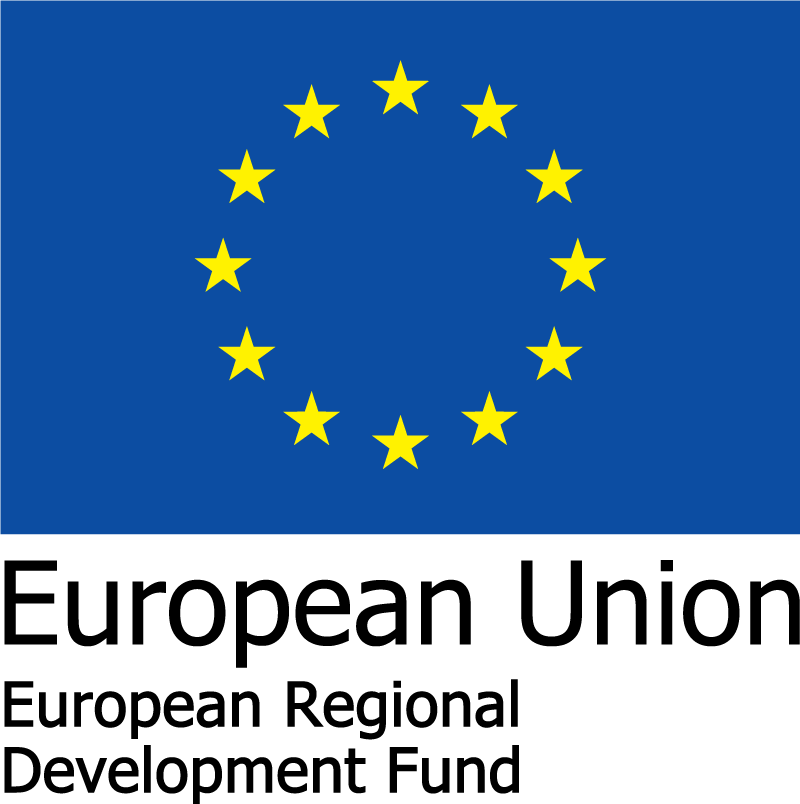 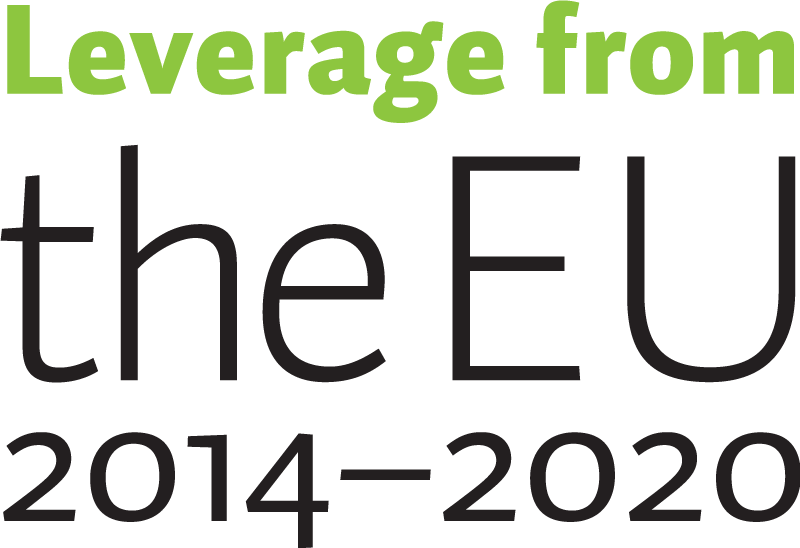 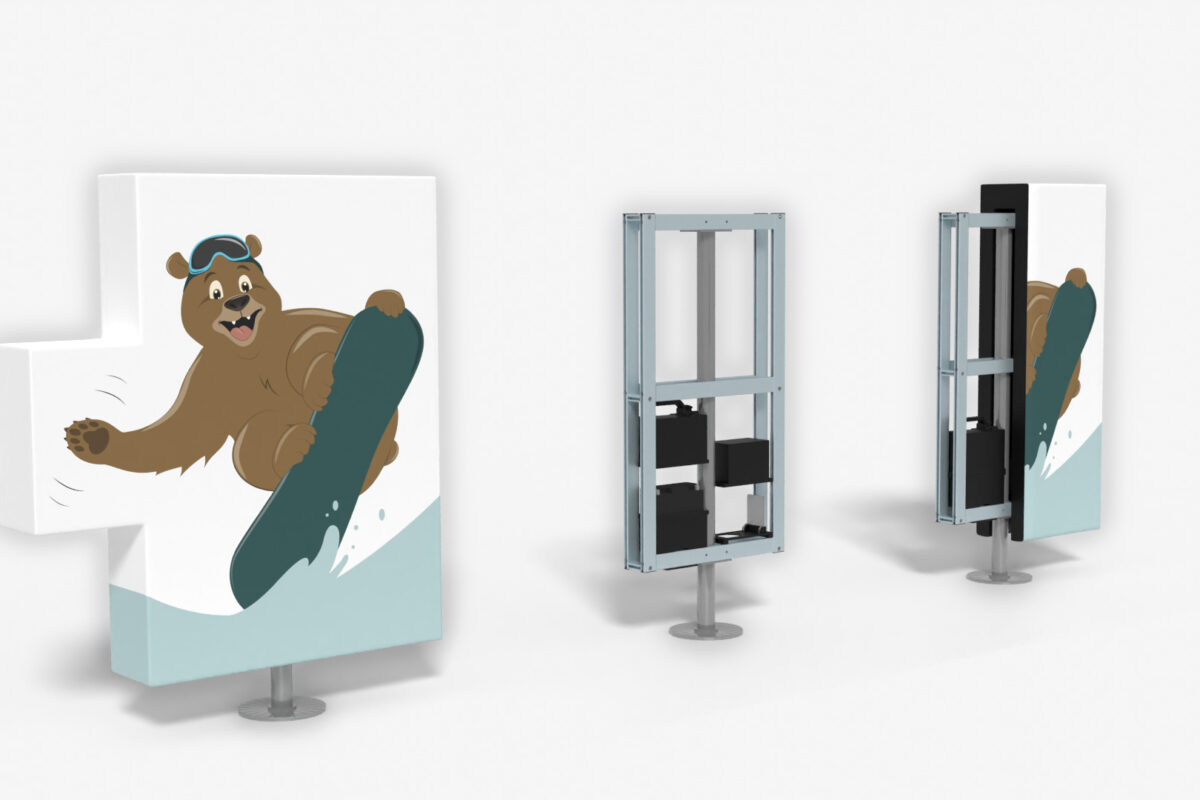 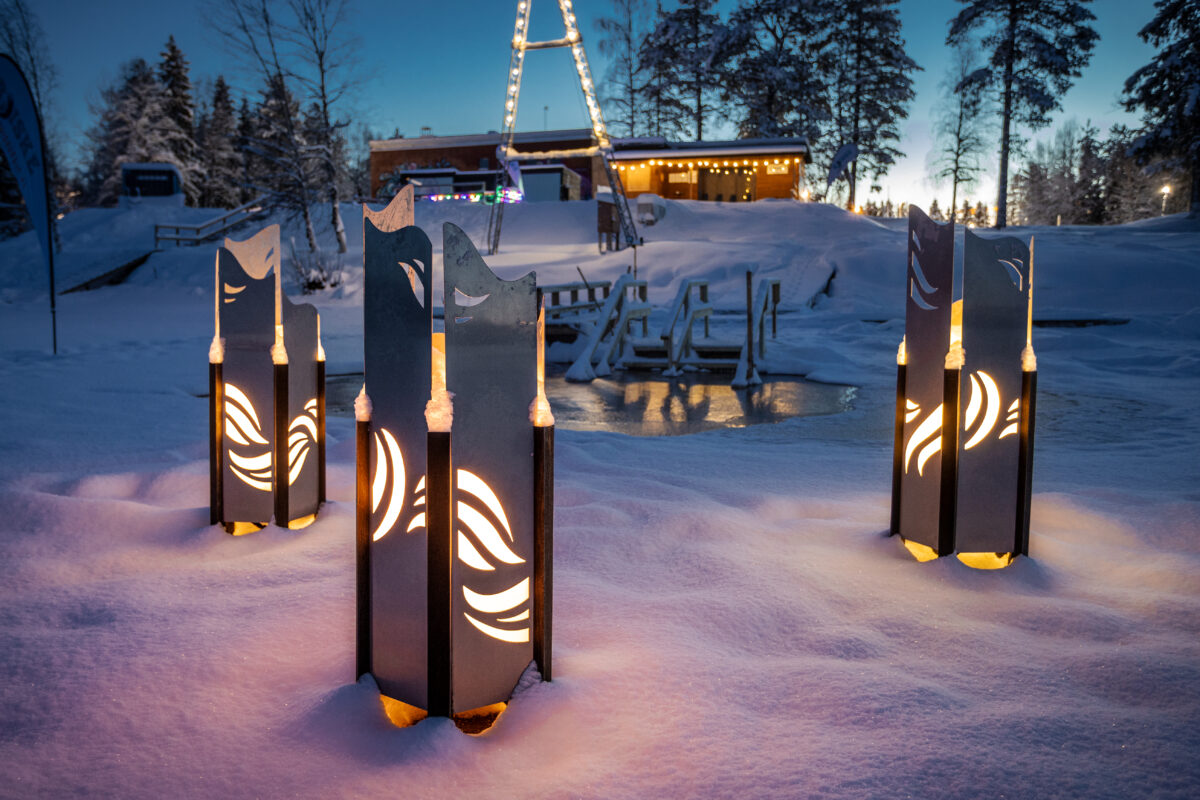 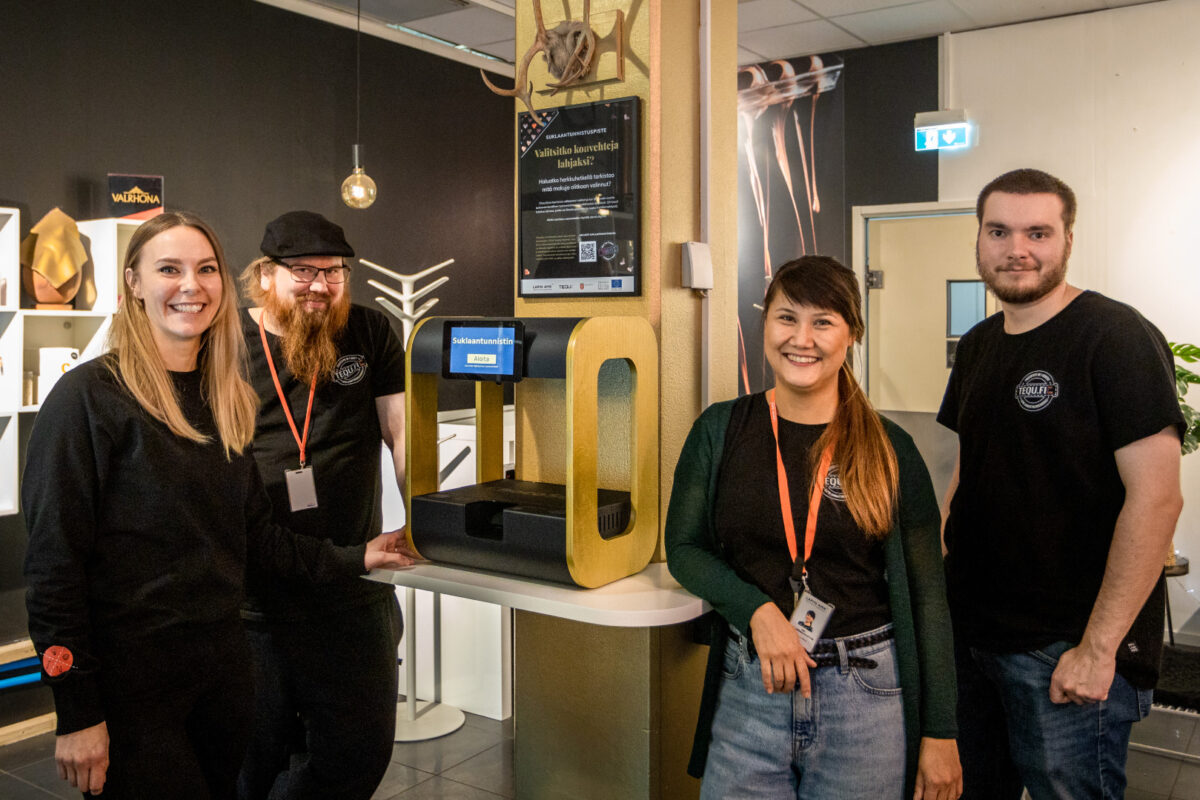 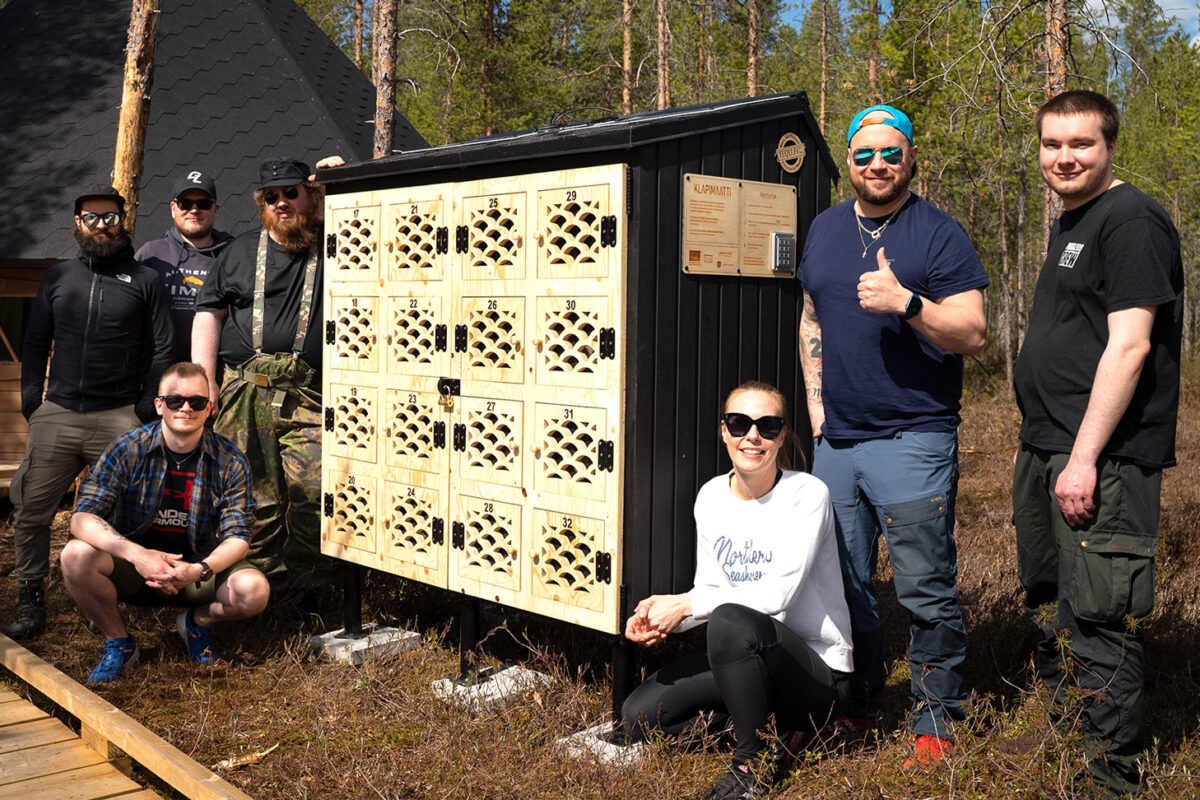 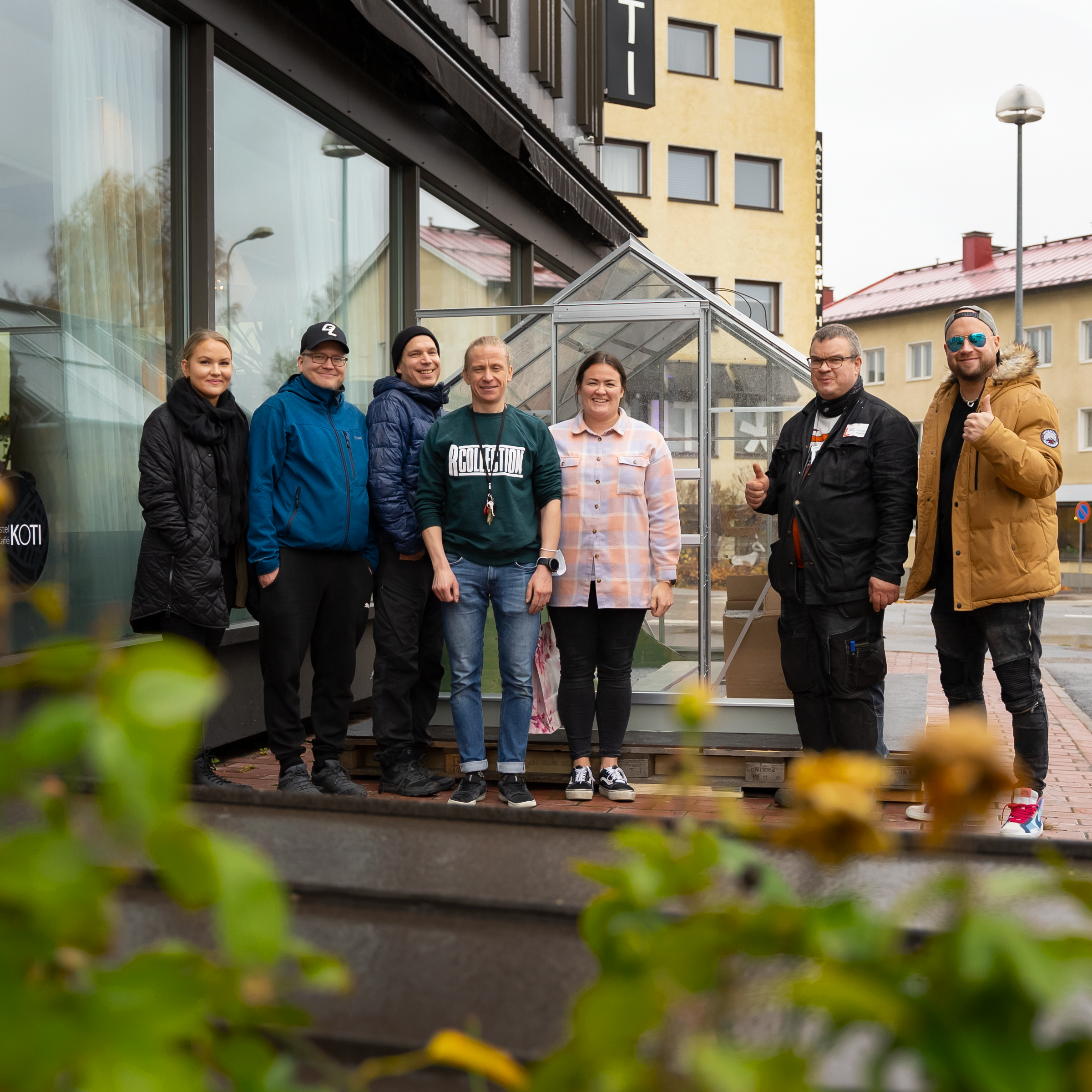 With the GreenCafé You can taste, feel and see the green solutions gathered around the prototype! 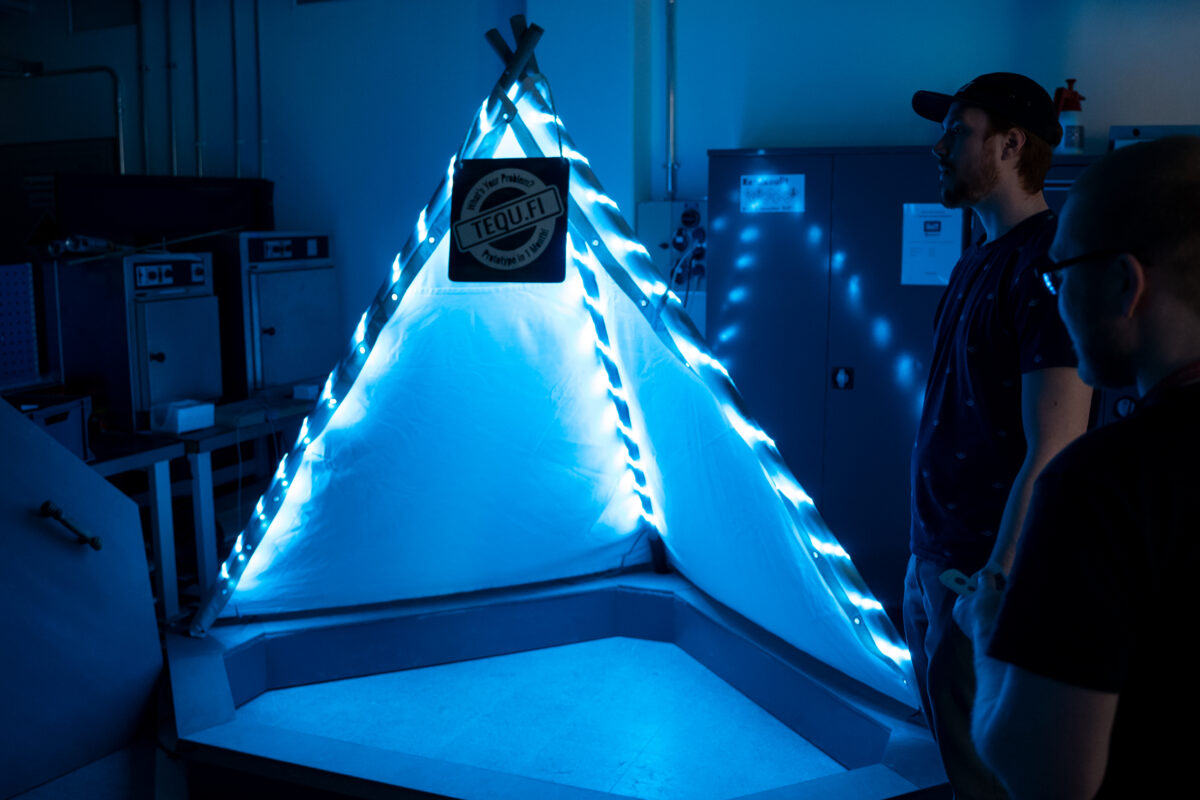 The Avanto is a prototype to keep avanto open energy efficiently and effortlessly. It offers memorable experiences for years to pass! 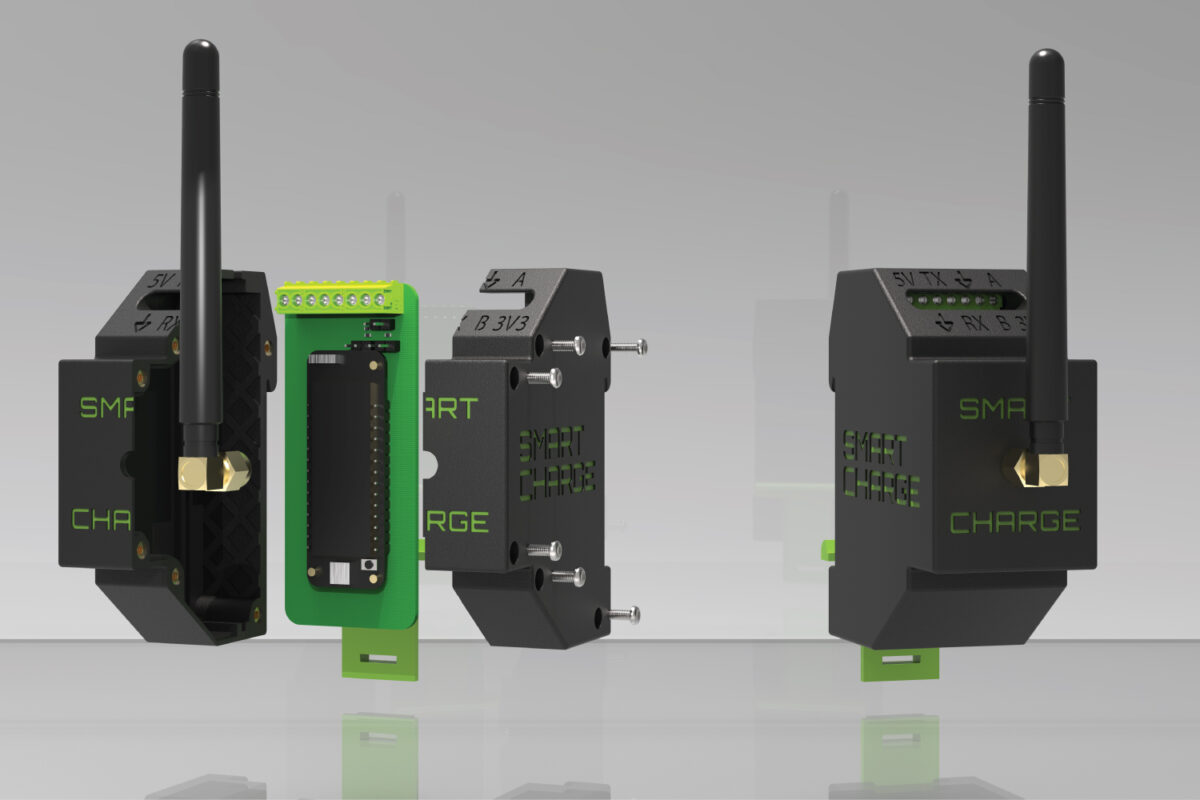 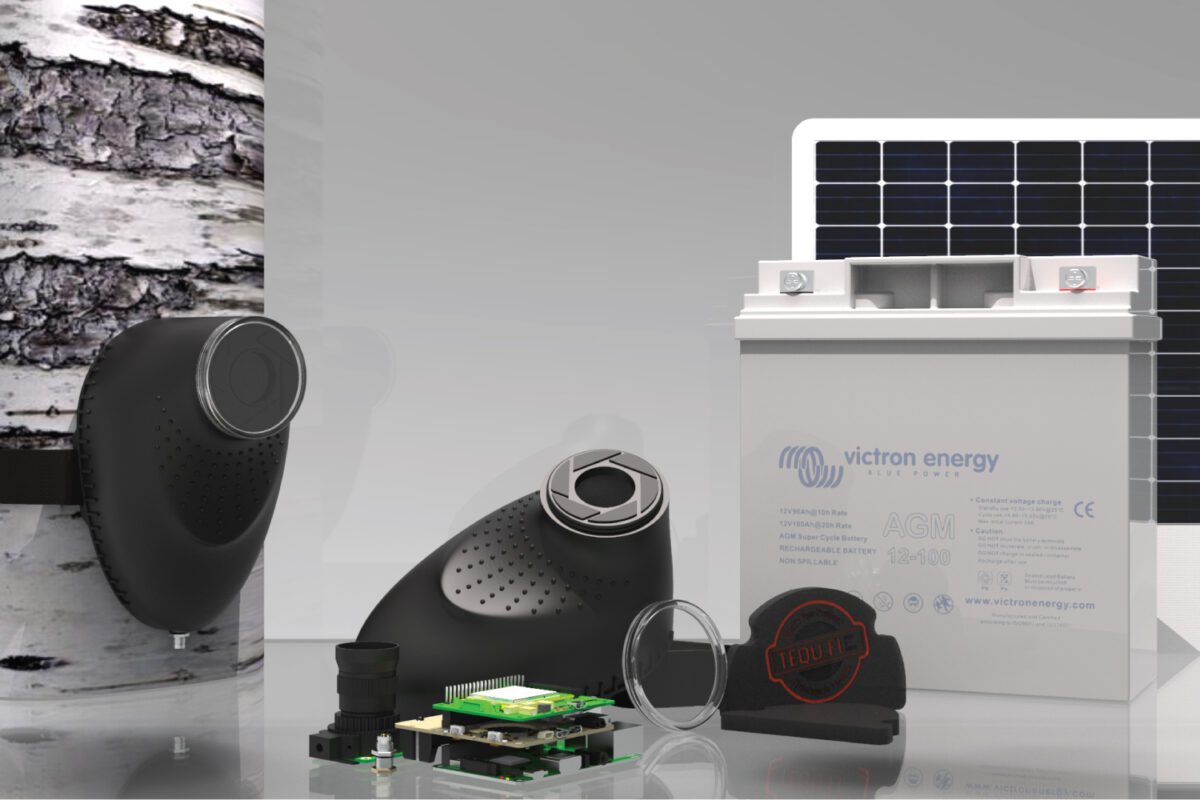 AuroraScanner is a off-grid camera prototype for ensuring the optimal weather conditions to hunt the northern lights! 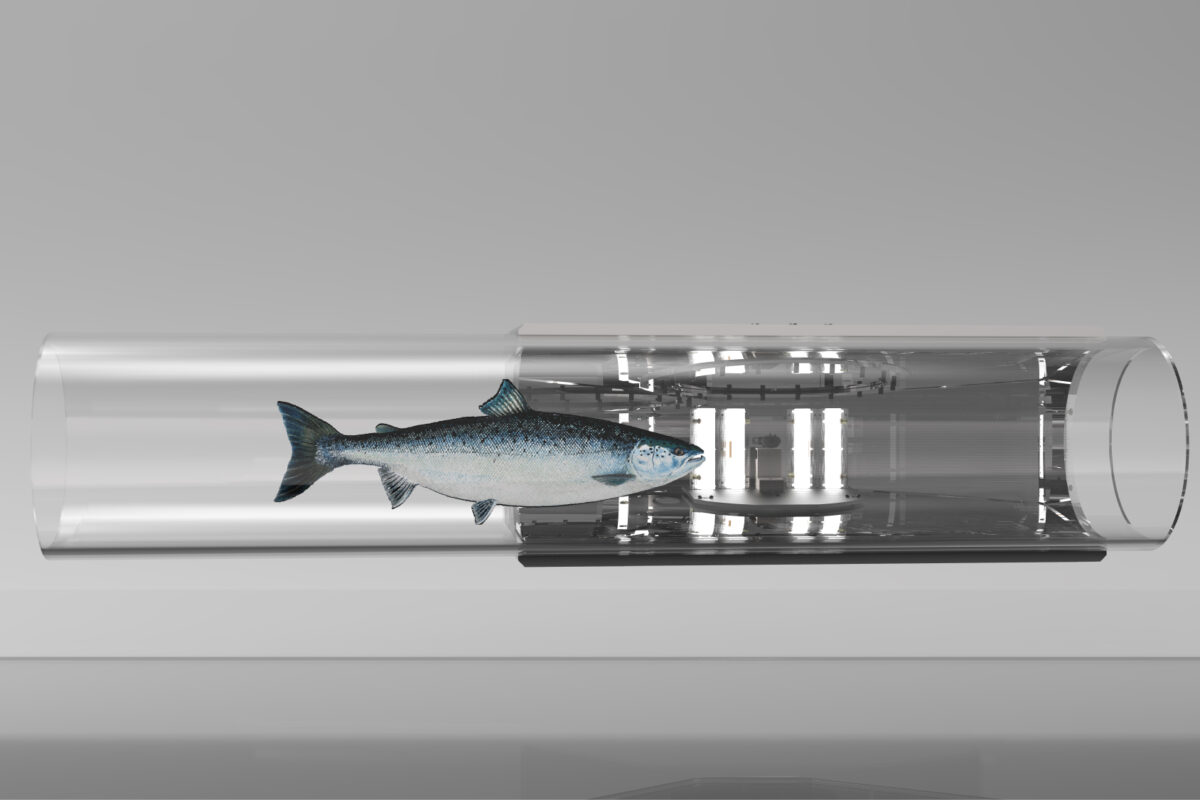 Fish recognition system is a part of Kalasydän process. System allows the data collection and helps the automatization of the process. 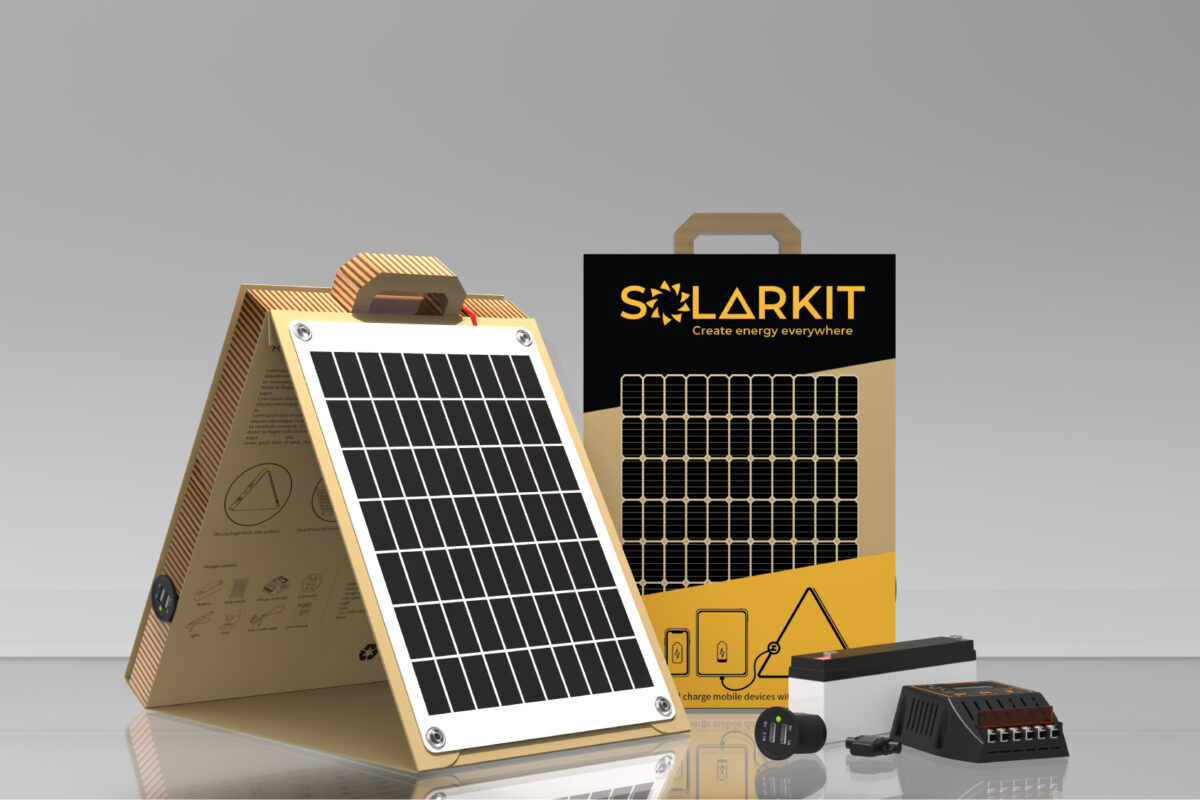 Solarkit is a mobile solar power plant and works as an entry-level prototype to familiarize and learn about solar power. 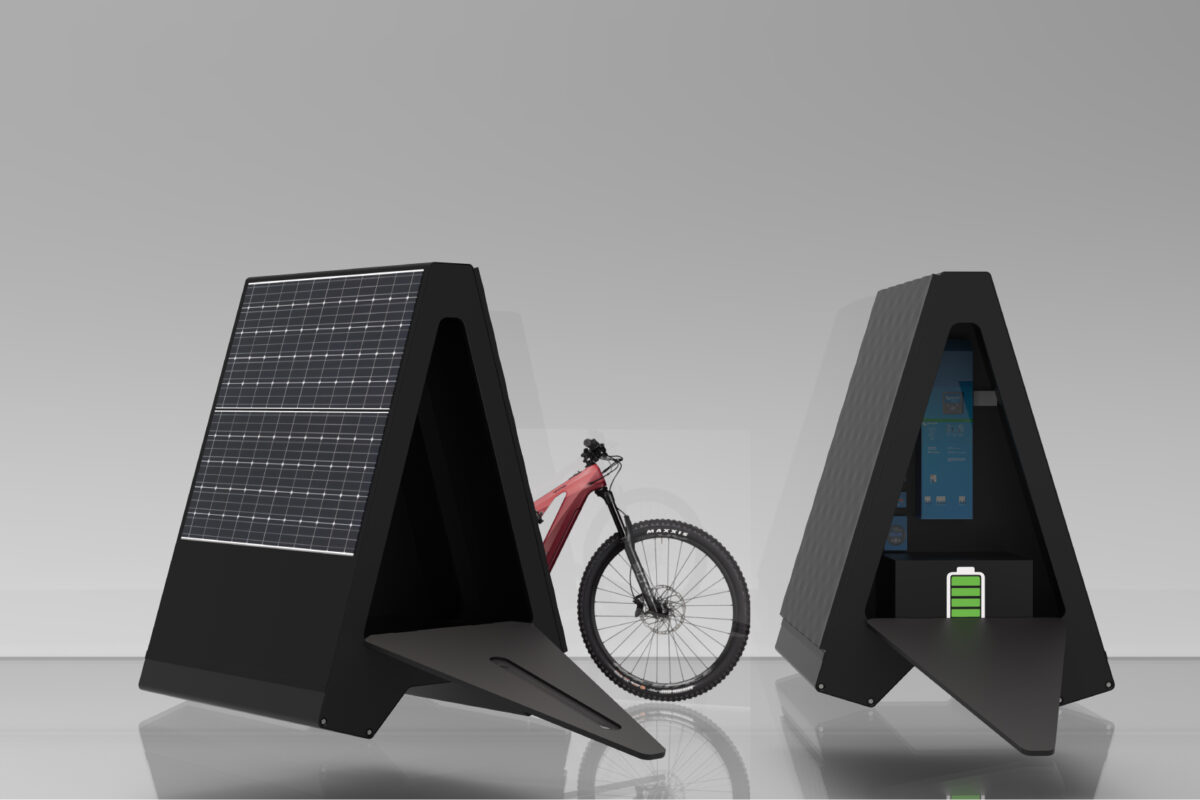 Latausmaja is a e-bike charging station, that can be located off-the-grid as it creates the needed power itself. It enables longer and greener hikes! 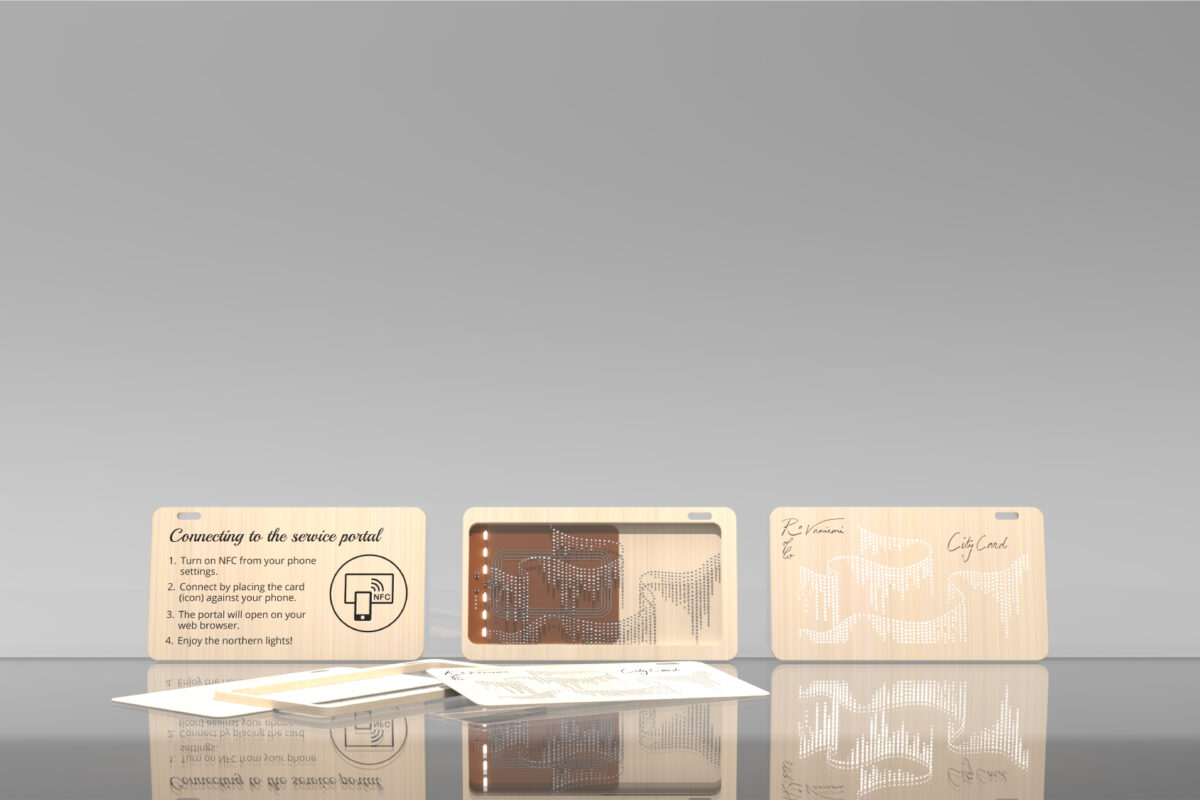 By utilizing your mobile phone, the card leads you to a digital service portal. No more need for multiple brochures and paper waste!